Paniyiri Greek Festival returns to Musgrave Park for a two-day celebration of Greek flavours, faces and culture. In 2019, the festival also celebrates the 90th anniversary of the Greek Orthodox Church of St George in Queensland, Brisbane’s oldest Greek community.

Highlights this year include the return of the traditional Greek village in the Plateia, a Dance Spectacular on Saturday evening opening with a stunning Bouzouki tribute, a standout cooking program headlined by nationally acclaimed Greek chefs David Tsirekas and George  Diakomichalis, and, in a first for Brisbane, Nostimo Greek restaurant will feature Greek Yum Cha all weekend!

The famous Greek Cooking Demonstration Program features two days of culinary indulgence and education, food tasting and launches hosted by some of Queensland and Australia’s best Greek chefs and home cooks as well as visiting celebrities.

Paniyiri’s famous Plate Smashing, Honey Puff Eating and Grape Stomping competitions are all back in 2019, along with for the first time, the Greek Coffee Race Competition where teams are challenged to combine speed and balancing techniques.

This year is also significant as Paniyiri Greek Festival becomes the first major event in Queensland to begin the journey to become totally compostable. All food will be served on compostable packaging and all stalls and stands compliant. The community has joined the Containers for Change scheme, with funds raised from all single use bottles going to various charities.

Paniyiri also features a soundtrack of traditional and modern music, featuring traditional Greek instruments including the bouzouki, tarabuka, lira and laouto. A highlight this year will be the Children’s Bouzouki Performance on the Main Stage on both days starring five young performers. 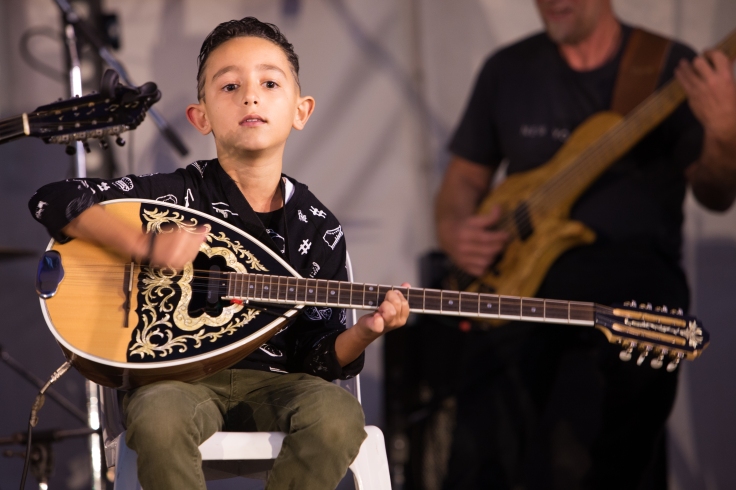 Over four decades Paniyiri has grown to become Queensland’s signature celebration of all things Greek and the state’s largest cultural festival as well as the country’s longest running Greek festival. In 2019, festival goers are expected to down some 300,000 honey puffs, more than 100,000 souvlakia, almost 12,000 dolmades, 20,000 coffees, 1,600kg of grilled haloumi, 10,000 shiftalies (Greek sausage) and 1,000kg of calamari.

For tickets and further information, visit the Paniyiri website.