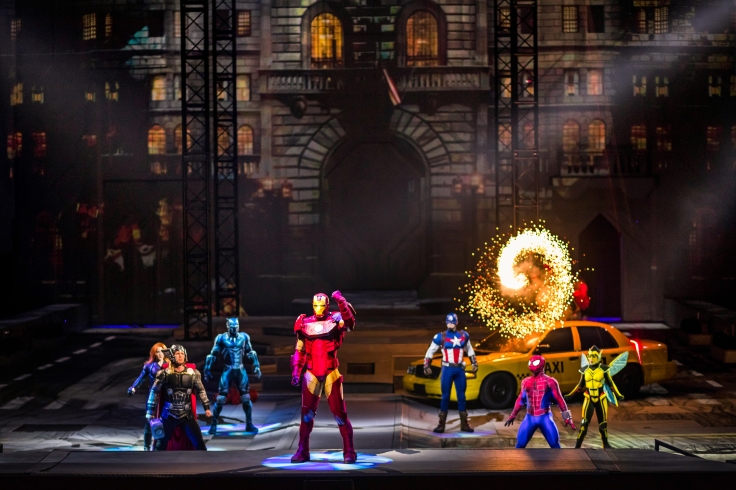 PLEASE NOTE: Due to the increasing spread of COVID-19 and expanding restrictions on domestic and international travel, and in accordance with national, state and local governments prohibiting large group gatherings, Marvel Universe LIVE! scheduled to tour the Brisbane Entertainment Centre from April 11-13, 2020 has been cancelled.

All tickets purchased through Ticketek will receive a full refund. Visit the Marvel Universe LIVE website for further details.

After successful sold-out tours across the United States, Latin America, and Europe, Marvel Universe LIVE! is coming to Australia for the first time ever, touring Australia’s main cities from March to April 2020.

Immersive video projection and cutting-edge special effects will captivate and transport audiences across the universe from the fantastical Savage Land to New York City and beyond. Spider-Man and Wasp’s dynamic aerial stunts along with Captain America’s daring motorcycle skills will be on display in the ultimate race against time to save mankind. Called on by Doctor Strange, the Guardians of the Galaxy join Marvel Universe LIVE! on a momentous crusade against the scheming Nebula who teams up with the conniving and loathsome villains Loki and Green Goblin. The incredible superhuman forces of Iron Man, Thor, Black Panther, Hulk and Black Widow will unite in clashes that pit student against mentor, sister against sister, and brother against brother.

“I’m extremely excited to work on Marvel Universe LIVE! and bring the talents and powers of these amazing characters with such dimensionality to life,” said Marvel’s chief creative officer, Joe Quesada. “Audiences will be on the edge of their seats as they witness the outrageous stunts and fight sequences in truly a unique experience that puts fans at the centre of the action.”

For ticketing and further information, including tour dates for other cities, please visit the Ticketek site.