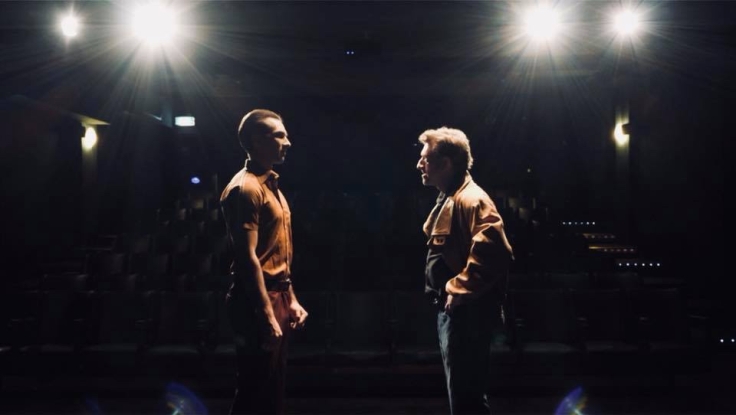 The expensive purchase of a new recruit with great potential but little motivation has created a rift between the club’s disgruntled coach and its President. As their grievances unfold, the players threaten a strike, a club legend plots to seize the Presidency for himself, and the club administrator fans the flames of discontent to serve his own agenda. Battle lines are drawn across the boardroom table between the lovers of the game, and those who are loyal only to the payout of winning a premiership. The work also deals with misogyny and violence, on and off the field, and serves as a time capsule for the attitudes and priorities of the time, when tradition began to falter before finance, and football clubs began to transform into the big businesses they are today.

The cast of six created distinctive and consistent characters, and the tension between them onstage was exciting to watch. As arguments escalated, the actors’ emotional investment in their roles was evident and impressive, and the fumbling of a few lines throughout did not disrupt their passionate performances. The use of space in the staging of the work highlighted the shifting power as the play progressed, and skillful use of body language and facial expressions added to the comedy. The attention to detail in the set and costuming took the audience back to the 70’s and the lighting and sound design added to the atmosphere.

The Club is a work that pits bureaucracy against brawn, love against money, and big egos and cunning minds against each other, and allows the audience to decide where the club’s true power lies.

The Club will play at Metro Arts from 12-15 September. For ticketing and further information, visit the Metro Arts event page.