Queensland Theatre has launched its 2020 Season – the company’s 50th season, , and its final under Artistic Director Sam Strong.

As the company celebrates 50 seasons of stories, it is especially proud of the success of the immediate past. Under the Artistic Direction of Sam Strong and the executive leadership of Amanda Jolly, Queensland Theatre has made concrete its vision of leading from Queensland – with key achievements including a new name, a new theatre, record audiences and growth, national industry leadership through gender parity of writers and directors for four successive years, more diverse voices, more new stories and world premieres, and the next generation of Aboriginal and Torres Strait Islander stories. These successes and so much more will be celebrated throughout Season 2020.

“Season 2020 confirms Queensland Theatre as the national home of new stories, with 50 percent of the season being world premieres,” said Strong. “I’m proud of how we have transformed Queensland Theatre over the last four years, but I am especially proud of our championing of new stories. This is the third successive year in which at least half of our season has been brand new work,” he said.

“In the four years including 2020, we will have staged 15 world premieres, including 10 commissions reaching the stage. That’s a theatre company reflecting contemporary Australia back to itself more than ever before and more than any other. This has included established names and new plays by David Williamson, Joanna Murray Smith, Sue Smith and Melissa Bubnic. It has also included at least seven mainstage debuts, three First Nations writers, two Asian-Australian writers, one Islamic-Australian writer and one transgender writer.”

“However, it wouldn’t be a Queensland Theatre season if we weren’t ambitiously growing. We are celebrating the milestone of our 50th season of stories by reflecting Queensland like never before. This includes more Queensland exclusives and the theatrical event of the year, the stage version of Trent Dalton’s smash hit novel, Boy Swallows Universe.”

The season showcases a spectacular smorgasbord of talent from Queensland and around Australia, from mainstage debutants through to master playwrights, actors who have become Queensland Theatre favourites alongside Australian acting royalty and the hottest young talent, joined by the best directors and designers.

Sam Strong also paid tribute to Queensland Theatre and its audiences: “I am so grateful to have had the opportunity to lead Queensland Theatre and am so proud of what we have achieved together over the last four years,” Strong said. “I’ve loved living, working and sitting in lots of theatres in Queensland, including the one we built together. Thank you for so generously embracing me and the Company’s work. Brisbane really does have the warmest audiences in Australia.  I can’t wait to return to those audiences as a punter and as a director in 2020.”

Without further ado, the productions of Queensland Theatre’s 2020 season will be (drum roll please):

See below for a more detailed outline of this exciting season!

Season subscriptions are now on sale, and can be purchased via phone, email, or through the Queensland Theatre website. 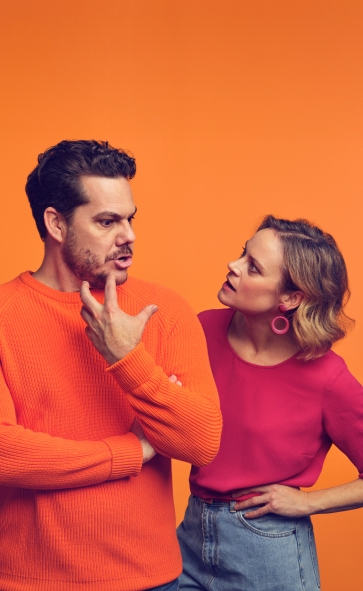 A Melbourne Theatre Company co-production, directed by Sam Strong, Emerald City is a sparkling revival of David Williamson’s finest comedy to be performed in 2020, the 50th anniversary of Williamson as a playwright as well as Queensland Theatre as a company.

Fade in. Sydney in the 1980s. The Emerald City of Oz, luring unsuspecting idealists with the promise of fulfilled fantasies, and leaving them with their dreams shattered on the pavement.  Colin is a one-time gun screenwriter who’s off his game these days, and his wife Kate is a publisher with a penchant for taking risks. Seduced by the scent of success, they move their family to the Emerald City in pursuit of a share of its fame and fortune. Colin teams with a hack writer to work on his pet project screenplay, but soon finds himself faced with a stark choice: make art or make a motza? Decades after it was written, David Williamson’s 1987 classic is as sharp as ever; a satirical skewering of the extravagance of yesterday that could have been written today.

Co-produced with Sydney Theatre Company, Triple X is another Queensland Theatre commission and world premiere, a deliciously naughty anti-romance about gender and sexuality in the 2020s, written by and starring Glace Chase, and directed by Paige Rattray.

Scotty has it all: a multimillion-dollar loft in downtown Manhattan, a high-flying Wall Street job, and he’s about to marry the perfect fiancée, who also happens to be loaded. But when he meets trans performance artist Dexie, he discovers he wants something more. A friend? A confidante? A lover? When the secret of their affair gets out, it’s sure to shock not only his dudebro Jase, his highly-strung mother Deb, and his lesbian activist sister Claire, but also a theatre audience strapped in for the ride of their lives.  From the wickedly funny pen of Australian-born, New York-based playwright, comedienne and performer Glace Chase, this play is a hilarious, honest and emotionally affecting look at entitlement, hypocrisy, and the realities of love.

As a playwright, Glace Chase has won two Griffin Awards and the Queensland Premier’s Literary Award and has been shortlisted for almost every playwriting award in Australia. Back home in New York, Glace Chase runs Dream Queen Tours of Greenwich Village – a walking tour, pub crawl and comedy show rolled into one. 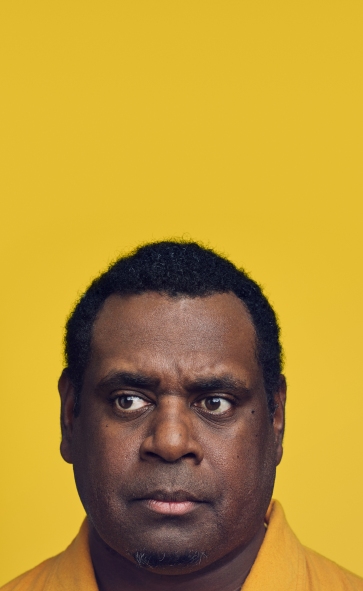 In this adaptation directed by Jason Klarwein, Shakespeare’s intimate tragedy lands in the Torres Strait.

1942, and the Imperial Japanese Navy is bearing south. The bold Captain Othello and his battalion of the Far North Queensland Regiment are all that stands in their way. But off the battlefield, Othello’s life is far from simple. He’s just secretly married the daughter of a wealthy cane farmer, and an envious, spurned suitor has joined forces with a disloyal and resentful officer in a deadly plot to bring down the renowned military hero, at any cost. William Shakespeare’s classic tale of jealousy, betrayal and revenge is thrillingly re-imagined.

The Torres Strait Light Infantry Battalion existed from 1941 to 1946 and nearly all its enlisted men were Torres Strait Islanders, making it the only Indigenous Australian battalion in the Australian Army’s history. 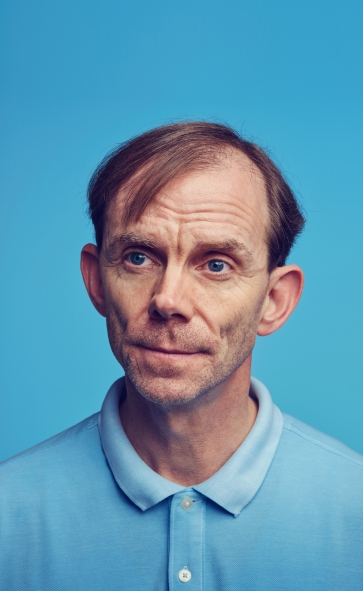 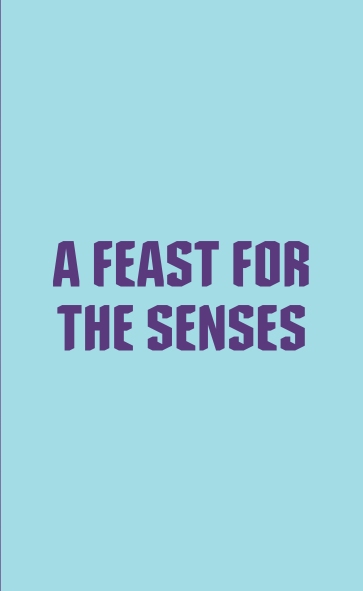 The Holidays by David Megarrity

Directed by Bridget Boyle and written by Brisbane theatremaker, writer, composer, musician and academic David Megarrity. Having won the Queensland Premier’s Drama Award 2018-19 from a field of more than 90 entrants, The Holidays is a touching portrait of memory and connection.

The Holidays are on holiday: 12-year-old Oliver has been pulled out of school for an unexpected road trip with his mum and dad, en route to grandad’s seaside shack. But grandad, an eccentric artist, is not there. In this unkempt place stuffed with memories, it seems that the Holidays – instead of getting away from it all – have taken a lot with them. This Queensland Premier’s Drama Award-winning play is a feast for the senses, a wistful and funny journey combining live performance, music and cutting-edge projection. A disarming and lyrical chronicle about family, for families, The Holidays is a show for sons, fathers, grandfathers, and anyone who loves one.

The Children by Lucy Kirkwood

Directed by Zoe Tuffin and written by Lucy Kirkwood following the 2011 Fukushima nuclear disaster in Japan, The Children asks: what’s our responsibility to the future?

Chernobyl. Fukushima. Three Mile Island. Names all loaded with dread to this day. But what if the fallout from any one of those incidents had been much, much worse? Hazel and Robin are two retired nuclear scientists living in a cottage on the English coast, still haunted by a disaster at the power station where they used to work, and still living in fear of each click of the Geiger counter. Clutching at normality, they farm, or do yoga, or do their best to keep in touch with the world at large, which has descended into chaos after the apocalypse at the reactor. When an old colleague turns up at their door, the couple are forced to confront an uncomfortable truth. The Children is a stunning, intense, slow-burning drama by one of the UK’s hottest young playwrights. 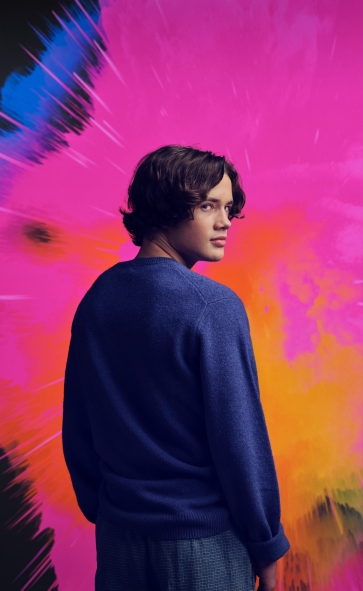 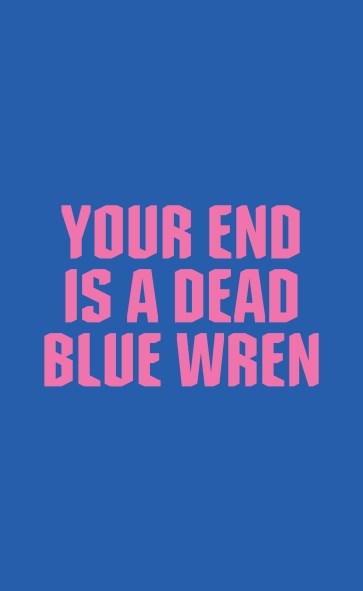 29 August – 19 September at the Playhouse, QPAC

Adapted for the stage by Tim McGarry and directed by Sam Strong, the blockbuster Australian novel bursts onto the stage as the theatrical event of the year, a Queensland Theatre and Brisbane Festival premiere.

Eli Bell’s childhood in the outer Brisbane suburbs is far from the idyllic 1980s haze some kids would remember. His alcoholic dad has shot through, his ex-druggie mum is in jail, his stepfather’s dealing heroin, his brother Gus is a mute who swirls cryptic messages in the air with his finger, and his babysitter Slim is a convicted killer and infamous escapee from Boggo Road Gaol. Beset by chaos on all sides, a run-in with the local crime king and his henchman sets the 13 year old with the old soul on a journey to find out what kind of a man he is going to be. Boy Swallows Universe is adapted from the smash hit novel loosely based on Brisbane author Trent Dalton’s own childhood. It’s an exhilarating story of magic and madness, of beauty and brutality, of joy and heartbreak, and of the power of love to triumph over the darkest of circumstances. 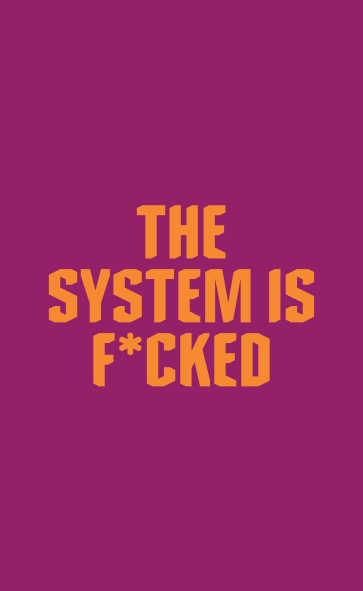 8 – 31 October at the Bille Brown Theatre

Written by human rights lawyer turned playwright Suzie Miller and directed by Lee Lewis, Prima Facie won the 2018 Griffin Award for an outstanding play or performance text that demonstrates an authentic, inventive and contemporary Australian voice, and is a tour de force indictment of the legal system.

For criminal lawyer Tessa, the law is a thrilling game that she loves to win, taking no prisoners. She has fought every step of the way for her position, and she’s the best there is. Her feelings have no place in her work – just the rules. That’s why, even when she’s called upon to defend men accused of sexually assaulting women, she detaches her feminism and her compassion in the cut and thrust of the courtroom.

But when Tessa finds herself on the other side of the bar – as a victim – the system she thought she had mastered starts working against her.  Suzie Miller’s urgent, gripping one-woman show combines wry humour, raw emotion and an unforgettable character. In a post-#MeToo world, it’s a stinging rebuke to a flawed legal system, and a clarion call to change the rules. Queensland Theatre will present its final premiere of the year, a classic tragedy turns hilarious farce in Queensland written by Katherine Lyall-Watson and directed by Caroline Dunphy, brought to the stage by Queensland Theatre’s resident company, Belloo Creative.

It’s the not-too-distant future, and with a defiant cry of QUEENSLANDER!, we’ve broken away. Again. First Lady Phaedra and President Theseus are building a mighty wall along Queensland’s southern border to keep the ‘filthy’ Newies from our gates. When Theseus takes off with the triumphant Broncos on a morale-boosting tour, Phaedra is left alone to run the country and look after Theseus’ teenage son, Hip, newly arrived from boarding school. Hip’s arrival stirs something in Phaedra she never expected and when Hip’s mother shows up on the doorstep, too … well you know what they say about Queensland. Beautiful one day, tragic the next. From the minds of Queensland’s own Belloo Creative, this roaringly funny reimagining of an ancient myth is at once a biting political satire, and a timely wake-up call to our home state.

The last time Queensland “seceded” was from New South Wales in the 1800s. Queen Victoria signed the letters patent on June 6, 1859, and on December 10, the first Governor George Bowen proclaimed the formal separation of the colony. The first dramatic record we have of Phaedra is in Euripides’ Hippolytus in 428 BC.