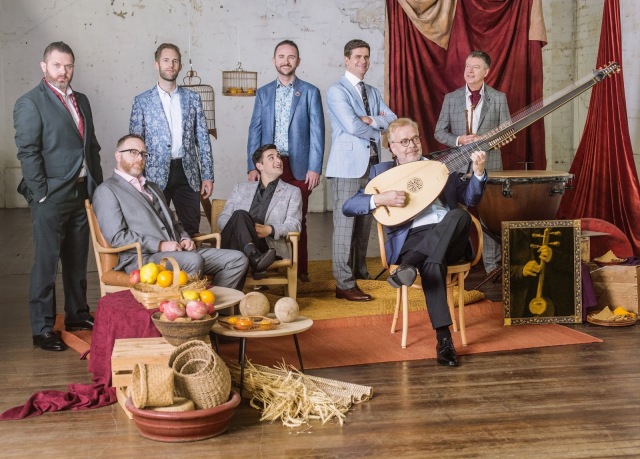 The Australian Brandenburg Orchestra brings to Brisbane a musical journey both mythical and medieval, with Karakorum: A Medieval Musical Journey, the debut Queensland performance of French ensemble La Camera delle Lacrime and featuring narration by Australian acting legend David Wenham. Backstreet Brisbane has a double pass to give away to this extraordinary musical event so that you and a friend can experience it for yourself – head over to our Instagram to enter.
Karakorum reimagines the music encountered by 13th century Flemish monk William of Robruck on his epic Silk Road journey, from Constantinople to the ancient capital of the Mongol empire: Karakorum. Rubruck’s quest was to convert the Great Khan to Christianity, and this theatrical musical voyage – which incorporates Western renaissance music, Christian psalms, Mongolian melodies, Buddhist hymns, and Sufi chants – is based on his manuscript and itinerarium.
Over the course of this musical journey, La Camera delle Lacrime will perform on an array of rare and ancient instruments, including the erhu (two-stringed Chinese fiddle), kamancheh (Iranian bowed string instrument), cornamuse (double reed instrument from the Renaissance period) and a Vielle à roue (French hurdy gurdy).
“I saw Karakorum performed by La Camera delle Lacrime at a stunning monastery in France’s Auvergne region and was totally blown away by the experience,” said Artistic Director Paul Dyer. “I was so excited and inspired that I ran backstage after and asked Bruno​ and Khaï-dong​, the artistic directors, if they would travel to Australia to perform it with the Brandenburg.”
Australian audiences will experience something different from Karakorum’s European viewers – the English narration, delivered by Australian acting great David Wenham (Lord of the Rings, Pirates of the Caribbean, 300…if you grew up in a similar household to mine, you might know him as Diver Dan from SeaChange). This new production will also include musicians from the Australian Brandenburg Orchestra and Choir.
Sydney theatre and opera director Constantine Costi​ will direct and his brother Michael Costi​, a recent playwriting graduate of NIDA, has written the new English narration.
Karakorum will be at QPAC’s Concert Hall for one night only, August 7, and ticketing information is available here.