The Prior kids have all come home – Ben, the enthusiastic Auskick coach with a failed marriage and conviction that he was almost the next big thing in AFL; Jules, recently unemployed and trying to disentangle herself from an affair with a married man; and Scotty, the youngest child and golden boy, who has returned home for a ‘bit of a rest’ from his professional footy career. The play opens with preparations and anticipation for the arrival of two-year-old Spencer, the son Scott only recently discovered he had fathered, and all the excitement and anxiety that accompanies the impending visit. When the Priors’ estranged father arrives unexpectedly tensions heighten, past hurts begin to unwind, and parallels begin to appear between Scott and his father as the story of Spencer and his mother slowly comes to light.

Jane Clifton was dynamic and hilarious as rough-as-guts matriarch Marilyn, thrilled to be meeting her first grandchild even as she does her best to pull her adult children into line and bemoans the sacrifices she has made for Scott and his career. Roger Oakley took on the role of Marilyn’s ex-husband Ian, cheerfully untroubled as the Prior family struggled to keep things together around him, and seemingly oblivious to the hurt he caused his children by disappearing from their lives for so long.

Jamieson Caldwell proved himself a versatile performer as Scott, bringing a range of emotion to the stage as he grappled with career choices, new parenthood, and the potential consequences of his past actions. Lyall Brooks was lovably goofy and occasionally pitiable as overshadowed oldest brother Ben, and Fiona Harris had a strong stage presence as Jules, equally fiery but more emotionally attuned that her brothers. The play explored the individual relationships between each of the siblings, from bickering and insulting one another to stilted discussions about real problems and big feelings. 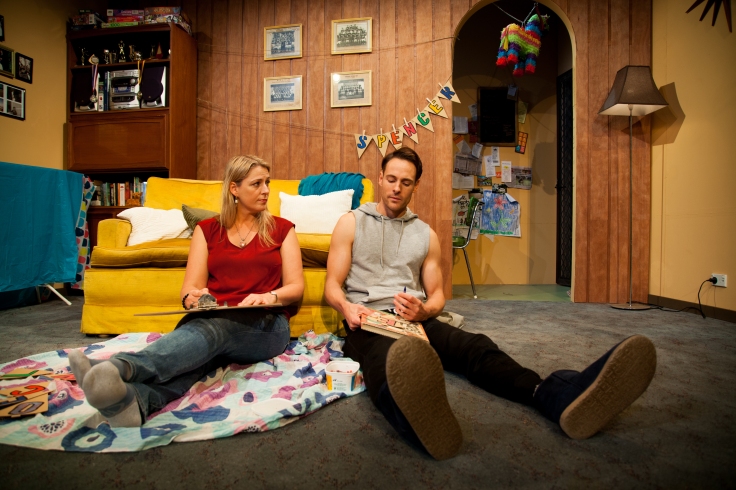 The play also touched on the dark and misogynistic side of sporting culture, from Ben’s offhand assertion that “girls can’t play footy” to ‘locker room talk’, and the victimisation of young women by male sporting stars with more money and power than they know what to do with. These themes also manifested in Marilyn’s assertions that Jules should “keep a man” and have kids. 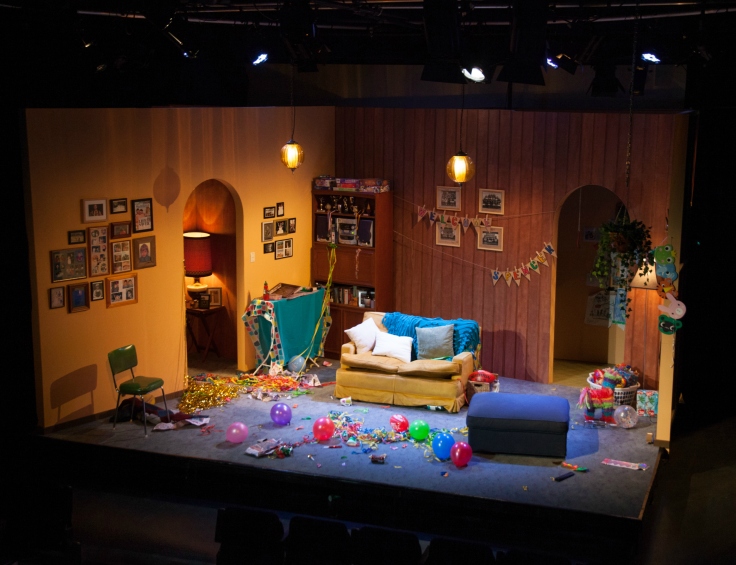 The attention to detail in the design of set and costuming was impeccable – family photos and yellowing crayon drawings adorned the walls, and I’m certain I ate Coco Pops out of those same bowls at my grandparents’ house as a kid. If you don’t see your own family on that stage, you’ll definitely recognise the family of someone you know. This is a show that is very much about family, but leave the kids at home – there’s definitely a strong language warning, but it never feels overdone or gimmicky.

Spencer is a quintessentially Australian story about footy culture, feelings of failure, and family ties, injected with comedy and colour by a wonderfully dynamic and cohesive cast. It’s a play about learning from mistakes and following your passions, and once you’ve finished applauding you’ll probably want to call your mum.

Spencer is currently touring nationally – visit the website for tour dates and ticketing.